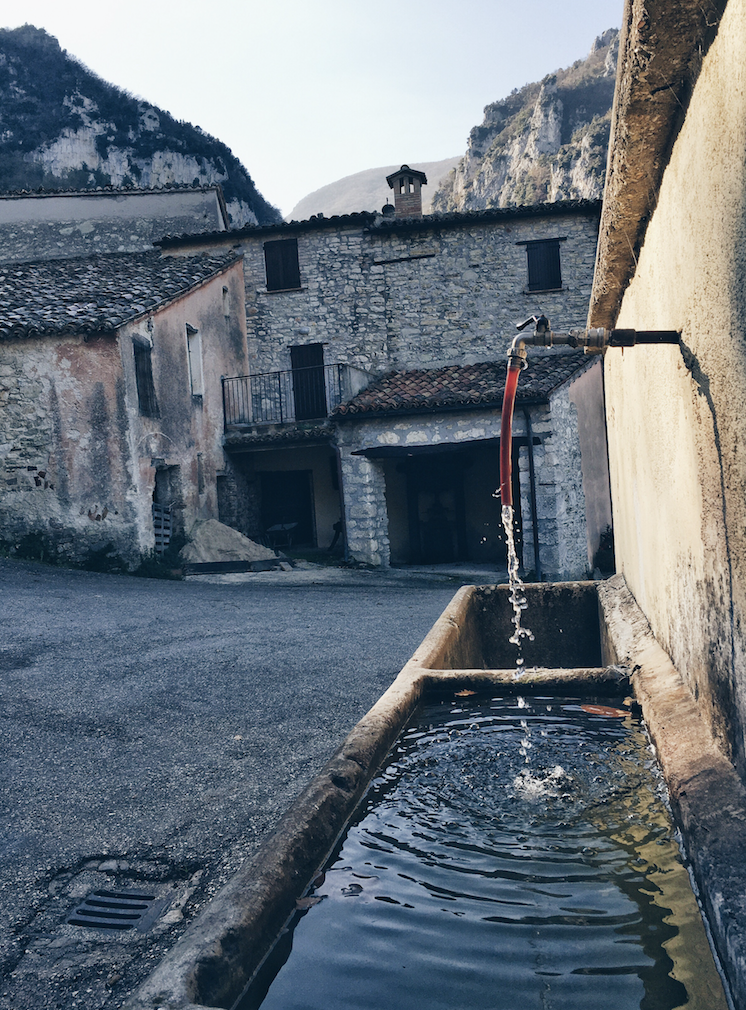 A digital path already exists. It is stamped on Instagram through the IgersMarche project, which was born in 2013 from Ilaria Barbotti’s, Nadia Stacchiotti’s and Gianluca Candela’s creativity and is aimed at making the virtual community (but not just that) know our region. IgersMarche is a section of IgersItalia, a program born in 2011 with the aim of diffusing the knowledge of Italy through images published on Instagram. It very soon obtained the cooperation of regional and local institutions, associations and businessmen.

A team of 25 members coming from all around the region fixes on photographs the beauty of Marche and publishes it on Instagram. Within this context has been created the #marcheaovest hashtag. As we write, it already published more than 220 images: wonderful landscapes, suggestive details, architectural structures, people, animals, roads, boulevards, squares… Life itself is caught in its entirety, in its liveliness. There is indeed a part of Marche which we are not used to taking into consideration. It is silent and calm but also industrious and consequently full of life. It is the hinterland of Marche, the west side of the region, spangled with historic rural hamlets: territories rich with culture, traditions and history, places which boast a medieval charm and breathtaking landscapes.

Since decades, by now, due to the progressive abandon of agriculture they unfortunately suffer a strong depopulation. That is why GAL (Groups of Local Action) enter into action to revive these territories through projects meant to revive and promote the smaller historical rural hamlets which respect their urban, architectural, historical and cultural structure.

According to Bernard of Clairvaux “You’ll find more in the woods than in books. Trees can teach you things no teacher will ever tell you”. Indeed, if one can read them, trees have really much to teach. Marche have an inestimable landscape patrimony. During a 2011 census, the Corpo Forestale dello Stato (a body of police specialised in the protection of woodland, recently embodied in Carabinieri as “Carabinieri Forestali”) recorded no less than 846 woodland areas and, after a detailed and careful selection performed with the Region Authorities, proposed to raise 397 to the rank of Monumental Woodland Sites. Trees as monuments, because they deserve the same respect,  offer the same information and tell history exactly as a statue and a work of art do. Knowing how to “read” an oak, a magnolia or a grapevine is the same as knowing how to read the story of our region.

The white snowy tops of the region’s mountains stand out in IgersMarche photos. In times of skiing holidays, watching the winter ski resorts of Frontignano di Ussita really makes one wish to go on holiday. It has indeed got the longest sky tracks of Marche. This winter resort lies in the Sibillini mountains and its landscapes are charming. Mount Bove overlooks this little town, ski tracks are carefully kept and a well equipped snowpark is also available. And there’s not just skiing: to fully enjoy air, nature and atmospheres which only hinterland Marche can offer, such other activities are available as excursions, mountain climbing and touring on mountain bike.  Walking on the snow surrounded by beautiful landscapes is an experience which fill with pleasure the heart of adults and children.

“I would always live like this: with the sun in my eyes” said the lyrics of an old Italian song. While touring the hamlets and the roads on the hinterland of Marche one feels like he hears the voice of tenor Ferruccio Tagliavini who sang that song  in a 1941movie by Mario Mattoli. Marche boast no less than 22 of the most beautiful Italian hamlets, boroughs which keep a rural character and traditions often forgotten elsewhere. While on these ancient places, one can admire some of the most characteristic views of the region. Farmsteads and cottages are typical of the western side of the region, a still simple territory where more and more people, mostly strangers, buy and restore old farmhouses to grow their children in the open and cultivate their land. A mention deserve also such typical lodges as the Giovanni Giacomini Refuge on Forca di Presta pass (AP), the Sibilla Refuge in Montemonaco (AP) and the Tito Zilioli Refuge on Mount Vettore, more than 2000 metres above sea level. Places where time appears to have stopped, where food and room is offered to those who wish to explore the suggestive trails of Marche.

Western Marche deserve not just being admired, but being tasted too. Boiled wine, “sapa” seasoning, Visner wine (made with “visciole” cherries), DOP and, especially, “Ciauscolo” salamis, good olive oil coming straight from the mill, pecorino and figs cheese, artichoke and lemon cheese, honey. And “crescia” bread, figs, cured meats: enough, in conclusion, to make gourmets drool. The story of traditions, in Marche, is the story of an incredibly variegated territory. Contaminations of all kinds got weaved together for centuries, and cuisine is rich with genuine and typical products which would appeal to anybody. Browsing a map of Marche is the same as watching the “stars” of the regional food and wine in parade, with Verdicchio wine on the foreground and the other labels of “Marche Vineyard” marching near ciauscolo salami, stuffed olives “all’ascolana”, truffle and cheese matured underground, biological cereals and vegetables, maccheroncini (little macaroni) from Campofilone and a thousand more local delicatessen, covering all moments of a meal, to taste, enjoy and love.

Abbeys, convents and monasteries, hermitages, shrines, places surrounded by an aura of mysticism and spirituality mixed with myth and fable. People in the hinterland of Marche are very fond of prayer and places of worship. A visit to one of these places helps one find his own self and listen to the surrounding nature. Hermitages are set in centuries old woods, shrines invite to devotion even the most sceptical visitors and convents recovered their ancient splendour thanks to careful restorations. Surrounded by ancient stones and spiritual atmospheres, one can also admire beautiful frescos in halls boasting a most typical architecture. Discovering them is the same as travelling in art, culture and spirituality: a trip which very few regions can offer.

The longevity of people in Marche.

People in Marche live long and live well. That is what the main statistic data says and also says a study by Coldiretti Marche (an association of farmers), based on demographic data by ISTAT (The national Italian Statistics Institution) concerning the year 2013: in Marche there are more than five hundred centenarians, data which confirms the longevity record of our region both in Italy and in Europe. Healthy food typical of Marche, hard work, social cohesiveness, love for family and spirituality make up a long-life elixir. Wrinkled faces marked by strain, dedication, work in the fields in contact with animals and nature: here lies the simple force of life in Marche. Good food, clean air and a simple life are the ingredients of the recipe for longevity. And people of Marche keep this recipe safe in the drawer of their night table. Because anybody is capable of living, but centennials of Marche only can teach us how to live well.

Hardly anybody, by now, can say he ever met a ropemaker, a saddler, a basket or a hat maker. Old crafts are an almost abandoned patrimony, which causes a serious damage to populations by the economic, cultural and historical point of view, as well as in terms of identification with their territory.

If one “reads” Marche with watchful eyes, one realizes that they propose themselves as a book, open on local history and on the relationship between culture and nature, old crafts being a fundamental page of it. Their promotion may create important opportunities of qualified work. Young people are now reverting to the discovery of such jobs as the carpenter, the blacksmith and, why not, even the paper maker. They work on a commission basis and produce rigorously hand-made products after learning the job from old artisans. The craftsmanship of Marche is thus rediscovered and new job opportunities are created.

The appenine ridge of marche:  mountain tops, canyons and crests

Snowy slopes, breathtaking canyons and crests to get lost on: landscapes of western Marche are astounding. All it takes is to have a look at some of the photos posted on Instagram. They show some of the 29 peaks higher than 2000 metres above sea level, all rising southwest in the region, the snowy peaks of the mountains raising inside the National Park of Sibillini Mountains and the one in the National Park of Gran Sasso and Monti della Laga. Looking at Mount Vettore (2476 metres above sea level), the highest peak in Marche, is a bit like watching into one’s self.