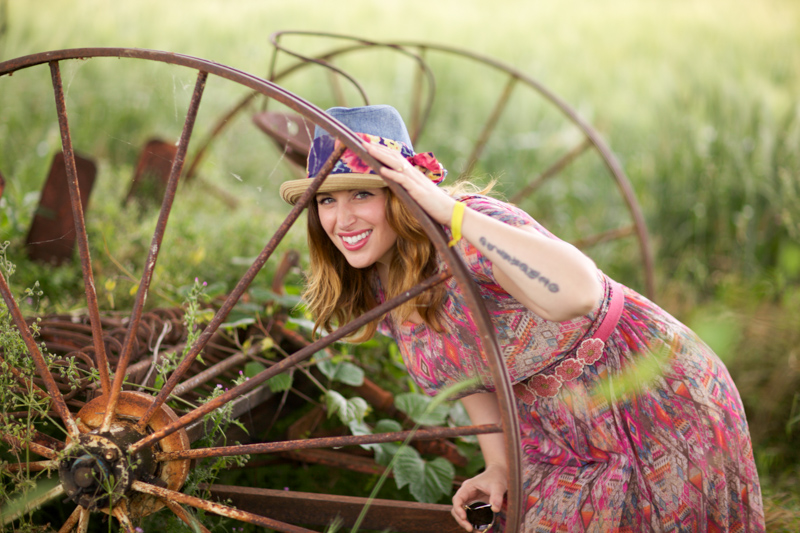 If we are told so by ClioMakeUp, a real phenomenon on the Net, a make-up artist and a personality by now internationally renowned, we can do nothing but trust her!

She is Clio Zammatteo, from Belluno. She moved to New York and now everybody calls her Clio MakeUp. All women accessed her YouTube channel at least once, watched her on TV or searched her blog to find some suggestions for her beauty: vanity is female! She is nice, approachable, curious: we chatted with her and asked her about her tour in Marche; and the compliment is so much more welcome if we are told we are beautiful by an expert!

Tell us something about yourself
I was fond of makeup since my childhood. I always loved putting makeup on myself and others. Still, I never thought, then, that it would become a profession; I was an adult when in Milan, after graduating at the IED (European Institution of Design) I started believing that it could be. At the same time also Claudio, my husband, studied at the IED, but followed another course. He wanted to come to New York to keep studying and I didn’t know what to do. I did not really like what I had been studying so far. I was 24, had not a clear idea about my professional future and refused the idea of asking my parents to help me. Claudio supported my quest for my real vocation, for what I really wanted to do and my talents. That is where the idea of studying makeup came from. Of course, in New York there were plenty of good schools, and so we started! First of all I studied English, because I only spoke Italian and German: studying makeup without understanding my teacher’s words would make no sense. About one year later I was able to start studying makeup. In the same time there was a boom of tutorial videos on YouTube.  I was overinterested and watched tutorials by girls who already proposed short makeup courses in English. My husband and I started thinking I could be the first to do it in Italian: this was the spark ClioMakeUp sprouted from. At first my videos were not viewed very much, since it took one more year for this trend to get to Italy too. Meanwhile, anyway, I completed my course and, further to working outside, I concentrated more and more on tutorials and on my YouTube channel. It is active since six years now, and grew very much. It is by now my reference point, also useful to find more work and start collaborations. Thanks to these videos I gained some fame and enlarged my portfolio. Nowadays I happen to work also in Italy, mostly during the Fashion Week I organise every year, but for the time being I am busy expanding my digital activity: my blog (blog.cliomakeup.com) and a mobile app, created one year ago: it was Claudio’s idea. I honestly did not believe much in it as I thought it was an obsolete approach. Then I realized that a blog is a much more complete and manageable instrument. It took one year to make it grow and get strong on the Web:  in the couple of years when I worked in TV, I neglected the Net a bit. But now I believe that the future lies there and I will concentrate on this aspect, since it is a personal project of mine.

Thanks to the magic of social networks, we learned that you had a holiday in Marche. We could not wait to hear Marche told by ClioMakeUp! How did you happen to come and visit us?
My husband had some more leave days than the usual couple of summer weeks we usually spend with our families. Since we had one more week available, we decided to visit some Italian places we had not seen yet: we never have time to tour Italy: eighteen months after we met we moved to the USA, so we started thinking about the place to go to spend our four or five available days. One of the first things my husband told me after we met, is that he dreamed to make me visit Marche, where he came with his parents when he was a child. He drew on a sheet of paper the two of us surrounded by the hills, the trees and the castles of Marche. We cherished the dream for years, and decided to make it true. We thought of staying in a holiday farm, to live in the nature and came in Marche without… knowing exactly where to go; he had been there as a little child, I never at all, but he had made me very curious. We happen to be both fans of “King of Thrones”: castles, alleys, medieval memories… I was really curious! And I must say that the impression of going back to another era was one of the most exciting feelings I lived during this holiday: It is something I like a lot. It also recalled me Belluno, my hometown. Spending four days in such a charming countryside  brought me also a bit back in time.

Which places did you visit, and which did you like more?
On the first day we toured Urbino, both the town and the Ducal Palace. The day after we visited the Frasassi Caves; then we wondered around such small hinterland towns as Poggio San Romualdo, San Severino,  Matelica, Camerino… We only regret that we could not walk much, as it rained dogs and cats. On the last day, in Sirolo, we succeeded seeing the sea. While walking around we saw a sign concerning a park, not the big one (the Conero Park – ed.). A team of boy scouts were starting a walk and we joined them. We walked for one hour and a half and admired beautiful landscapes: we could see farmland, mountains and the sea. To my husband, an amateur photographer, it was a great present. By the way, during the whole holiday we shot plenty of photos of beautiful views in a fantastic light.

Sometimes we people of Marche are accused of being too reserved. What is, about that, the opinion of someone like you who lives in so frantic and cosmopolitan a city  as New York?
As far as we are concerned, we really had a good time. One of the things that touched us more has been indeed the great hospitality: both in the holiday farm, where everybody was lovely, and anywhere else we went. Sometimes, instead of having lunch in restaurants, we stopped in little supermarkets or drugstores, and everybody was kind and gentle to us. I saw no signs of this reserve, rather the opposite! Especially in Urbino, during the first day, many girls recognized me but were discreet, not invasive at all, very lovely. We shot selfies, they told me stories and suggested some places to visit. Really pleasant people!

About encounters: which are the most frequent questions girls ask you?
In spite of my many videos, one of the most frequent questions concerns correctors: which is the best one for bags under the eyes, for pimps… Bags under the eyes are a nightmare to women! Anyway, it is all very subjective: products react differently on different kinds of skin, and no matter how good the products I suggest, some people will not benefit from them. 50% of makeup consists of tests: I try to be a friend, the kind who tells you “I tried this product, it’s really great, you’ve got to try it!”. They also ask me about how to match makeup and attire, especially for weddings and ceremonies. On my blog, indeed, I started a section where I compare the outfit of celebrities, so that girls can find clues. In a world which bombs us with images, these examples are the best way to offer ideas: if one sees, then can start experimenting!

Let us gossip a little. How did you like the makeup of girls you met in Marche? What kind of suggestions would you give them?
I remarked that girls here put on little makeup. I had the impression that, as far as makeup is concerned, girls here are a bit shy. I can tell you a funny episode. We had lunch in a little restaurant in Urbino. A group of girls recognized me; almost in the hide, before coming and saying hello they all put on some lipstick. They all came after putting on the same lipstick: they had probably just come out of school and thought: “To prevent a bad impression, let us put on at least some lipstick!”. Indeed, in general I remarked that they put on little makeup. I would therefore suggest them to put on more colour. Dare a little more!

As an expert in the field of beauty, would you suggest a holiday in Marche?
I liked Marche quite a lot. I would certainly suggest to have holidays here,  because here there is everything,  to lovers of medieval history, lovers of the sea and lovers of the countryside.  I regret I could not really enjoy the sea, but seeing it so clean and crystal was beautiful. The country is really relaxing, mostly to those who feel like walking away for a while from technology and from the routine of great cities. Marche are both beauty to the eyes and relax to the spirit. And the alleys! They are terrific. We couldn’t have a walk in Camerino because of the pouring rain, but the tour in our car was almost like a trip in the past, it looked unreal. We almost feared our car could touch the walls. I would suggest everybody to spend at least two or three days in Marche! 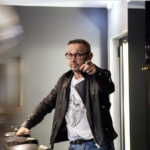 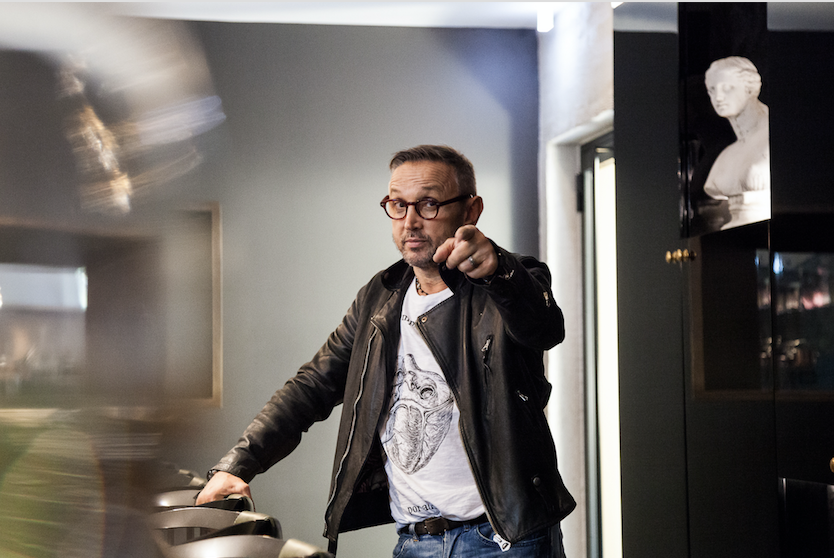 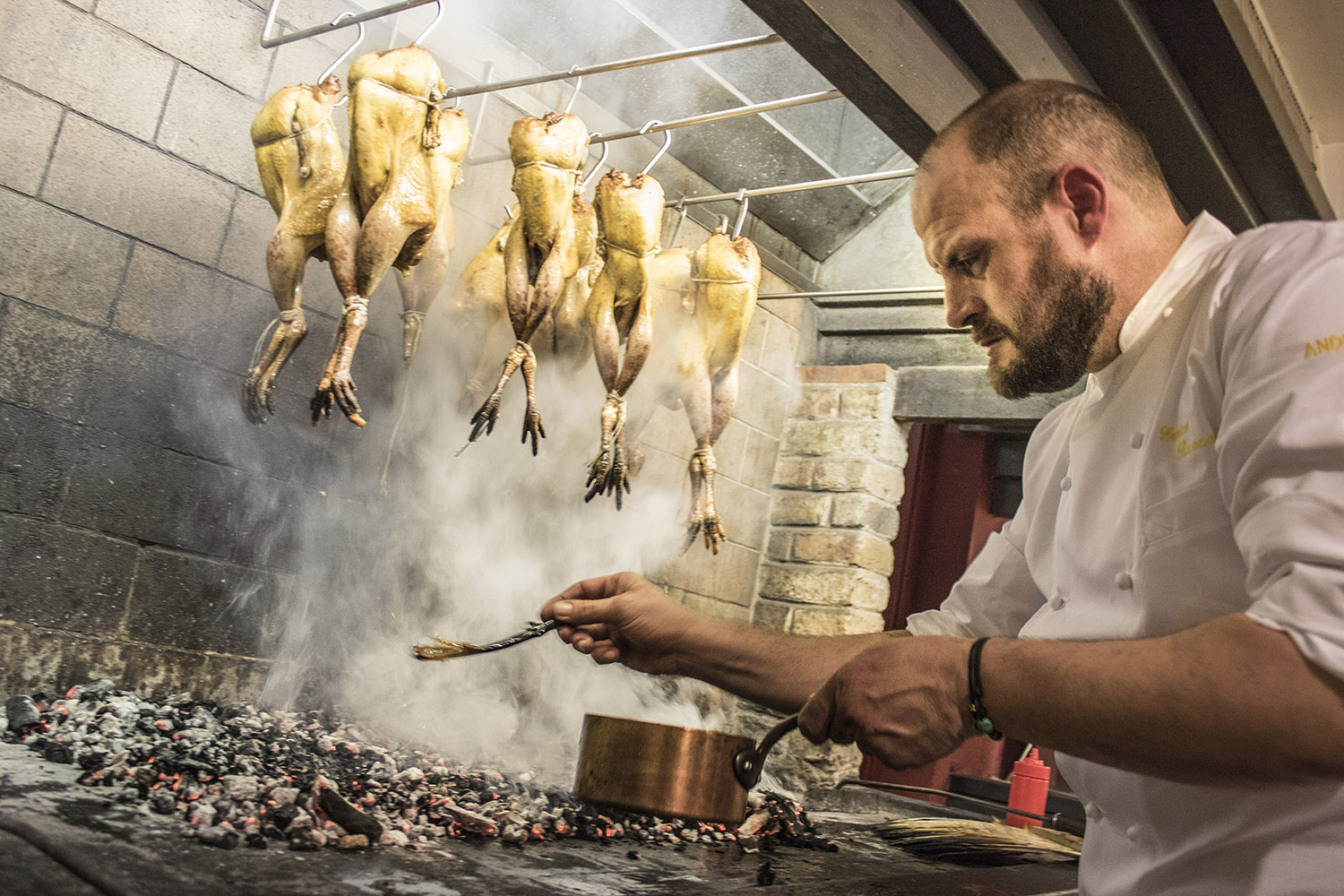