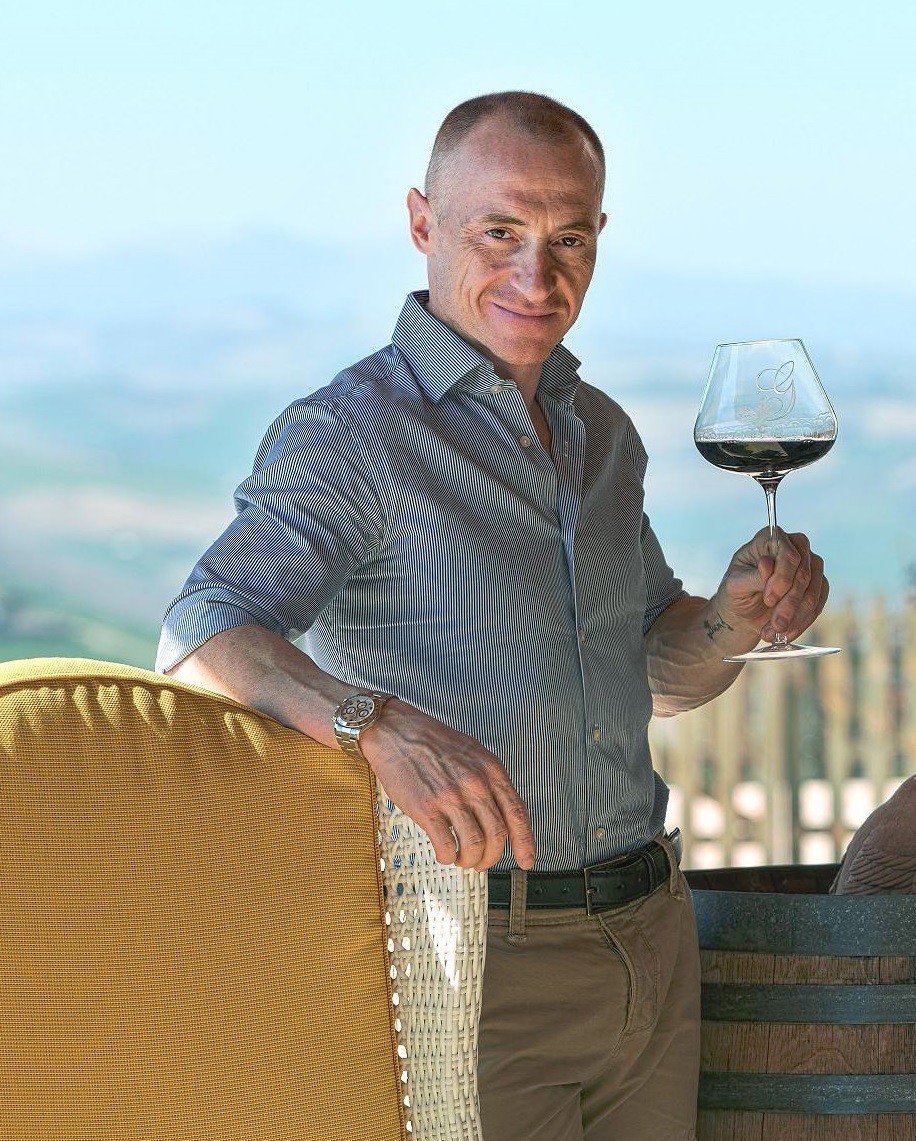 He was just nine years old when at school, in a composition, he wrote: “when I grow up, I will win a gold medal at the Olympic Games”. And indeed he was twenty-seven when he won a gold medal at the Atlanta Olympics. A medal preceded by so many successes as to make people nickname him “The lord of the rings”: from 1989 to 1995 he got six consecutive victories at the Italian National championship, won the Games of the Mediterranean, the Universiade Games, was four times European and five times World champion.

If his determination is the same now as it was then, Jury Chechi will certainly become a great manager. He started a few years ago a a holiday farm in Ripatransone, in Marche: a region dear to him since when, at the age of fourteen, in the summertime he trained in Porto San Giorgio with the Junior National Team. “Since 1984” he tells us while admiring the sunset from the patio on Colle del Giglio after spending a day in Rome, where he owns a communications agency, “there has not been a single summer when I did not come to these wonderful places, which deserve to be universally known and appreciated”:

Born in prato, tuscany, you manage your holiday farm and produce your wine in marche.  a nonconformist choice.
Not really. As it happens most of the times when one invests a lot of time and money into an venture, I have been guided mostly by the logic of opportunity. Marche, which I think are one of the most beautiful regions in Italy, have nothing to envy to Tuscany as far as landscape beauties, tourism, food and wine are concerned. On the contrary, unlike Tuscany, which by now is literally saturated, here there are enormous potentialities.

Such as?
I do not have in mind the uncontrolled development that took place in Tuscany. In the last years tourism was managed rather well, here; but carrying on is possible, and even doing more. My dream is to make this area, in a way, the “Chianti of Marche”, a happy island where the potentialities of a wonderful hinterland and the chance of having the sea nearby can be put together.

What led you to create your venture in ripatransone, in piceno?
It all begun with a suggestion I got from an architect, a lady friend of mine from Marche. I was looking for a summer residence and she proposed to me this area. I then took a number of rendezvous and when I saw this place, the first in the list, I immediately fell in love with it. It was love at first sight: the search had just started, it was the first plot of land I saw. Everybody insisted that I should go on and visit other places, but what I had in mind was exactly this. And so, replacing an old ruin of which, unfortunately, nothing could be saved, the house was built which hosts my holiday farm too.

Do you spend much time in colle del giglio?
The whole summertime. Except for the month of August, which I spend in a house I bought in the historic centre of Ripatransone, I am here with my family from June to late September.

How was your bond with marche born?
I spend in this region three months every year since 1984. When I was fourteen I started my summer training with the National Team in Porto San Giorgio, I then started growing familiar with, and loving, the beauties of the territory, both the sea and the hinterland, and establishing important friendships, the kind that lasts the whole life long.

Since you quit gymnastics, your great sport passion is biking. which biking itinerary would you suggest to those who would train here in marche?
I myself train not far from here, and brought in Ripatransone several biking teams from all over Italy. We start from Colle del Giglio and visit the nearby towns (Ripatransone, Massignano, Carassai, Montefiore, Montalto etc.). We move inside the historical centres, stop to visit little country churches or drink from old sources. People are enthusiastic and listen very attentively when I myself tell them something about local history and traditions.

Nature, traditions, good food, sport and relax make one think of the so-called “slow tourism”, which is gaining followers also in italy. since you love biking, did you ever think of dedicating yourself to cycle tourism?
Biking is indeed a project I would love to develop. So far, the groups of bikers always rose through word of mouth, but after starting the spa I will complete the organization of my structure and put together all is offered by this territory and in particular by my resort. What is better than beginning a day with a nice biking tour, to discover the surrounding hamlets and farmland, and ending it with some relax in the spa and a healthy but tasty dinner with high quality and zero-kilometres  products?

Was it difficult, as a former gymnastics champion, to start doing completely different things?
It honestly wasn’t. I dedicated to my sport career the greatest determination, seriousness and passion, and do the same now. Of course, the emotions and thrill offered by an Olympic gold medal are unique, but I believe that also the everyday life, if one lives it fully, can offer great satisfactions. I am not saying that coming to normality is easy. Some friends of mine cannot separate themselves from the past and live in memories, but this creates problems only. I believe that putting oneself to the test and trying quite new experiences is fine. Staying all the time tied to the same thing is boring.

After being fully absorbed by gymnastics for years , how do you spend your spare time now?
I haven’t got that much spare time. The real difference is that then I was much more organized, whereas now very busy days are followed by almost empty ones. When it happens, however obvious it may seem, what I like more is staying with my children (Anastasia and Dimitri, whose names he had tattooed inside his forearm – editor’s note). Being with them and with my wife Rosella,  to whom I owe very much and always was a fundamental guide to me, is all I need. Further to this, after following for years a rigorous diet, I love eating and drinking well, which I propose to the guests of my holiday farm.

What do you mean, when you say that your wife rosella was to you a “fundamental guide”?
I mean that it is quite true the motto, according to which behind a great man there is always a great woman, that without a leading woman we, men, would commit errors by the myriads. Me and Rosella, the only woman bearing this name I ever met, except for my mother, we are together since our boyhood, and to me she always was a pillar of strength.

Are you really done with gymnastics?
Not completely. I have been organizing courses of artistic gymnastics for children eight to ten years old on the Dolomiti Mountains for ten years. This year, for the first time, the courses will take place in Jesi. 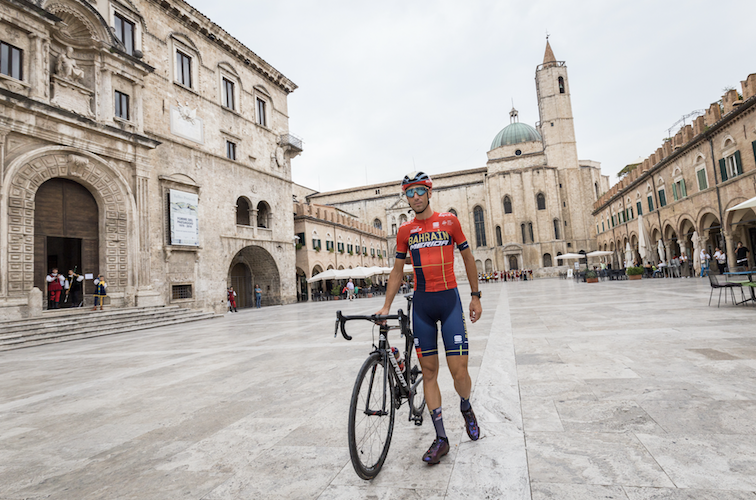