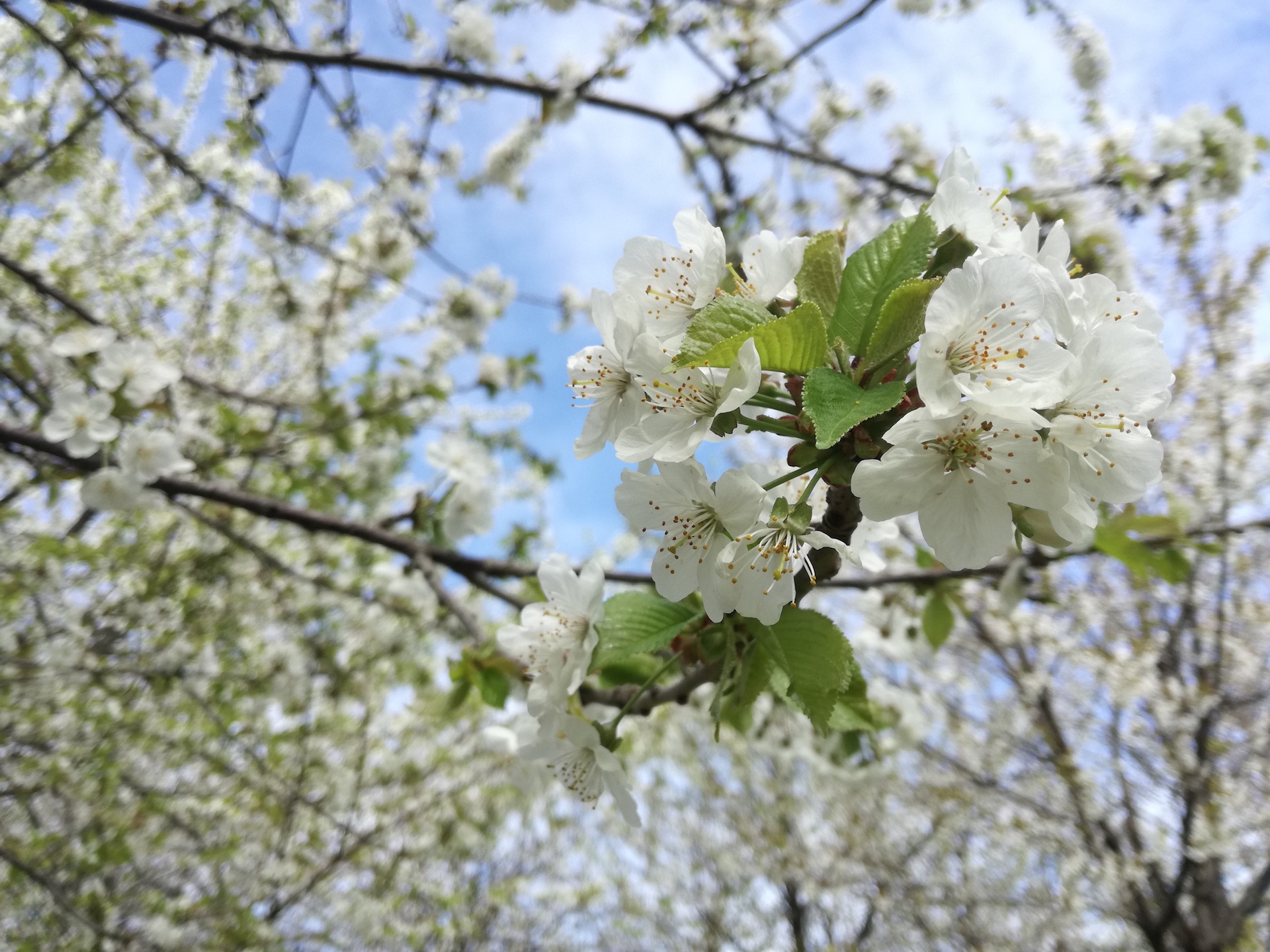 On Mount Serrone, a highland near the Adriatic coast in the territory of Pedaso, there is one of the largest extensions of cherry tree orchards in Italy. There, in springtime, the same and yet always different scenario appears every year, offering the most fitting background to the ancient Japanese tradition of Hanami.

The area of Mont Serrone is an almost unique location, named after the typical rocky crags of central Appenines where in the middle ages defensive places were built. It is a privileged terrace  loaded with history, not far from the Adriatic sea.

The Hanami tradition was born in 794 in Japan. It literally means “watching the flowers” as they bloom and, within a few days, fall from the cherry trees (Sakura).

Cherry trees and their white and pink flowers are one of the most typical symbols of the Japanese culture, related to the beauty and frailty of human life in the flow o seasons and in the never ending cycle decline and rebirth.

Formerly a tradition of meditation, Hanami is by now a holiday during which the Japanese love meeting to enjoy cheerful picnics and drink sake under the “snowfall of flowers” (Hanafukubi).

In the cherry tree park of Pedaso, Hanami is celebrated during the Easter time and the points of contact between the Japanese and the region’s cultures are then highlighted.
The meadows covered with cherry tree flowers become tatamis for such martial arts as Kendo, Karate and the ancient oriental technique of Daito-Ryu Aikibud.
In the middle of the blooming cherry trees, resound the melodies of Puccini’s Madama Butterfly and the powerful rhythm of Taiko drums.

Local and Japanese gastronomy embrace under the Mount Serrone cherry trees, and generate original fusions: tagliatelle of Campofilone are tasted with basmati rice with swordfish, courgettes and carrots; the great Ascoli fried food with fried chicken skewers seasoned with teriyaki sauce, tuna tataki, the traditional sushi and sashimi; on top of all, the Mochi cake made with rice flour and covered with ice cream. 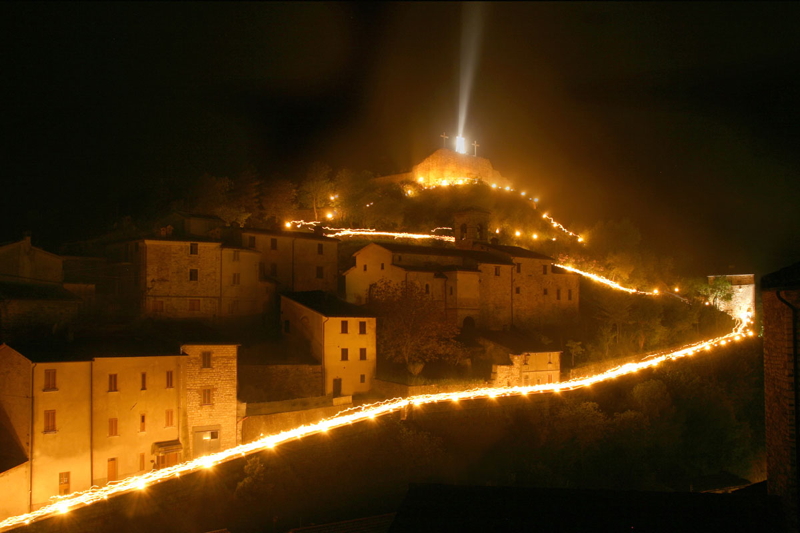 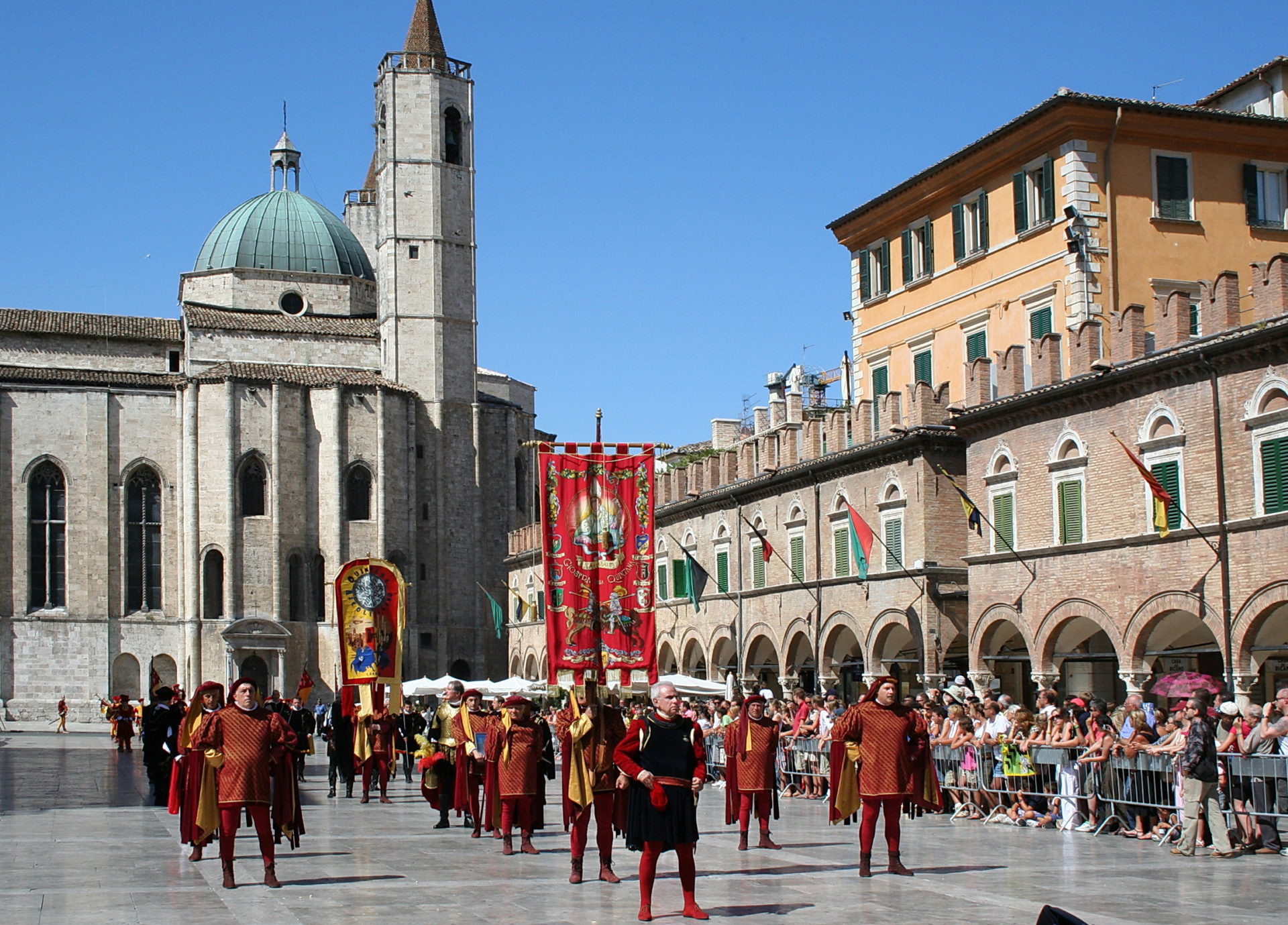