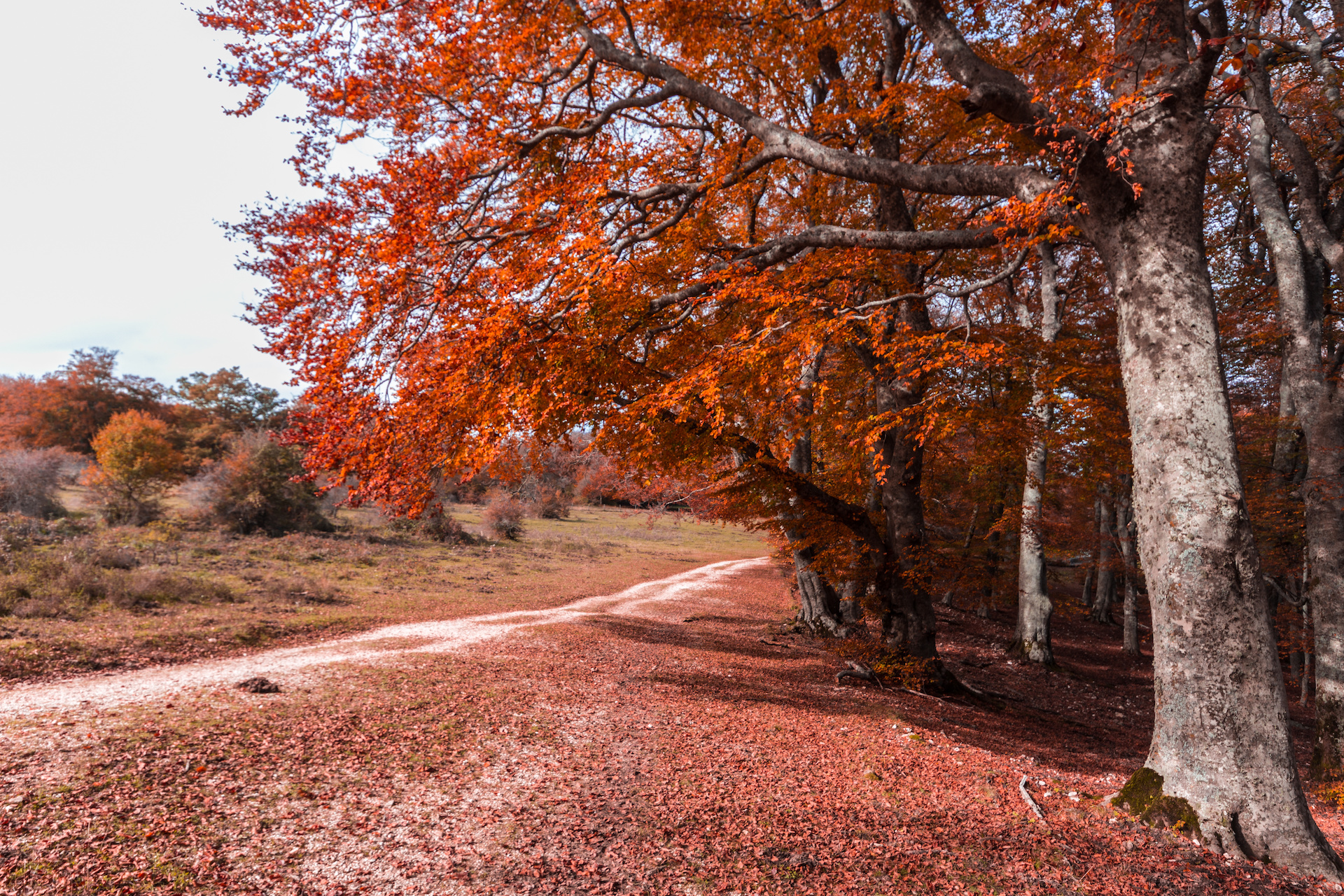 Autumn is a second springtime, when every leaf is a flower.

Albert Camus’ aphorism summarises the essence and the beauty of fall foliage.

As Autumn comes, nature (un)dresses new colours. Science explains that such special organic pigments as carotenoids and anthocyanins overcome chlorophyll on deciduous plants. The result is more artistic: where green used to reign, nature’s brush paints the landscape with new colours from its palette. During a lukewarm sunny day, the yellow and gold of a park surrounded by poplar trees will shine like a painting by Klimt. If the haze typical of these months veils the landscape with a wet melancholy, then colours will fade like they do on Monet’s works. In both cases, lovers of photography will find much to do; habitués of Sunday promenades will head for new paths, in order to enjoy a full immersion into emotions and impressions and feed their desire to explore the nature which embraces them in this time of the year.

Foliage: let us find out what it is

The show of changing nature, the attraction towards foliage: in the last few years this event changed the habits of many Italians, who joined a North American practice and started looking for beautiful places, both in Italy and elsewhere, to admire leaves on trees turning from green to yellow, red and brown. In the USA and in Canada, visiting the most beautiful forests to admire this luxurious show, which around there offers really superb sceneries, it is by now a strong tradition.

The special foliage of Marche

How about Marche? Well, here too nature offers nice emotions. The presence of wide woodlands consents the creation of paths ideal for losing oneself in the thousand colour shades offered by nature.

In the Natural Reserve of the Canfaito Mountain there is one of the most beautiful beech-tree woods in the province of Macerata: in  autumn it is stormed by a jubilation of colours which since many years drives both amateur and professional photographers crazy. It is an experience which one should live and travel to really understand it. The short trees open like umbrellas their crowns, turned mahogany or dark yellow, and let the sunbeams pass softened through their thick foliage. The suspended atmosphere which is thus created makes the centuries-long age of many trees almost tangible. While walking through these aging witnesses of gone by times, one can find the most proud of them all: a 500 years old beech-tree which is the largest in Marche and one of the 300 monumental trees of Italy.

Canfaito is in the centre of Marche. In every direction, from there, a web of paths enables visitors to get in a short time to other wonders enlightened by the colours of Autumn.

Another kaleidoscope appears, not far from there, in the Mount Torricchio Natural Reserve, a suggestive expanse of luxurious woodland and blooming meadows. The moist moss covering the logs joins the rusty red of downy oaks and the orange-brown of manna ashes in creating a landscape where one would not be surprised to meet characters from a tale by the Grimm brothers. Moving south, the enormous area of the National Park of the Sibillini Mountains is a kingdom whose provinces wave the banners of all autumn shades. Yellow chestnuts mix with crimson maples and orange beech-trees. In valleys hosting a lake, one can enjoy the show of the surface reflecting the colours of Narcissus trees.

Along the slopes of these mountains, an exceptional pink shade appears in autumn at altitudes 450 to 900 metres above sea level. The apple of the Sibillini mountains, with its irregular and slightly flattened shape, ripens in this season. It is a fruit promoted by a cultivation requiring no special treatments, which makes it intrinsically biological, recently rediscovered but whose origins are very ancient. It is even mentioned in a work by the great Latin poet Horace, who praises both its peculiar aspect and its taste.

Back to the centre of the region, in the territory of Jesi, an autumnal visit to the Ripa Bianca Reservation will make us feel like explorers of a natural El Dorado. Willows pour golden tears from their long lashes; and the tall and tapered foliage of poplars makes them look like golden geysers. One can get lost in such a show, which Autumn only can offer, possibly distracted only by the flight of herons which almost touch the water of the Esino river. In the Canyon of the Rossa and of Frasassi Park, visitors will find manna ashes scattered with orange spots, vermilion ash trees and another guest that helps in colouring this environment: the strawberry tree, which does not lose or change its leaves but is loaded with fleshy and lumpy fruits which fill it with bright red spots.

Should the melancholic landscapes described so far make somebody feel nostalgia for his days by the seaside, then there’s no problem: Fall Foliage in Marche can be admired also in the parks of Mount Conero and Mount St. Bartolo. Here, through the trunks of forests crowded with downy oaks, maples, elm trees and holly oaks appear blue glimpses of the Adriatic sea, a link with summer which restores the spirit made heavy by the autumn fogs.

Still, exploring  the most wild nature is not the only way to admire foliage: in every city there are parks and public gardens where it just takes raising the gaze to see the livid sky filled with spectacular and unexpected apparitions, colourful spots which look like fireworks.

Autumn is the mellower season, and what we lose in flowers we more than gain in fruits.

These words by Samuel Butler lead us to discovering another aspect of foliage.

While walking in the woods, dry leaves rustle under our feet; yellow, ochre and red, they lie at our feet like oriental carpets, but the moist ground is not coloured by the falling leaves only: the palette of Autumn is enriched by the colours of its typical products. The ground gets scattered with chestnut tree burrs which open up and show the brown fruits they host. Along with the multicoloured leaves, Autumn also suggests the image of hearths on which roasting chestnuts crackle. When the fog quoted by poet Giosuè Carducci “drizzly crawls up the rocky hills”, nothing is more agreeable than the warmth of roast chestnuts accompanied by the delicate and harmonious flavour of a young St. Martin’s wine. While in fact also grapevines undress their leaves and show their foliage, tables get adorned with the nectar of their fruits.

More than the great cities, the little hamlets clinging to their mountains are the natural theatres where the show of Autumn performs its magic. Everywhere in Marche the curtain raises on fairs and festivals. It is the rediscovery of medieval tastes, sometimes unduly labelled as poor while instead they are genuine, which leads to recovering ancient and pure traditions.

Another colour hides in the multicoloured leaves, but looking carefully doesn’t help: the sense of smell is required to perceive it, and human noses are not good enough to fulfil the task. Under the damp ground, pursued by the excited nostrils of dogs, hides the most precious treasure of Autumn: this is indeed the time when white truffles appear. As secretive and fussy as an aristocrat, this precious tuber has in Marche, especially in the province of Pesaro-Urbino, its preferred kingdom. In the areas of Acqualagna, Pergola and Sant’Angelo in Vado, this prince of the ground is the protagonist of enogastronomic festivals of national significance. Tasting a dish of fettuccini dusted with ground white truffle or with its black, not less delicious variety, is an excellent way to reinvigorate oneself after a tour in the Reserve of the Furlo Canyon around Acqualagna, or before a visit to the Museum of Gilded Bronzes in Pergola. In order to state its preciousness, the festival dedicated to truffle  in Amandola has been symbolically called “Diamonds at table”.

Foliage, in conclusion, touches all of our senses, as vision, smell and taste are all cuddled by the autumn colours and flavours. But foliage is also a panacea to hearing. Walking in the woods means getting lost in the silence. Nature only dares break its own peace when the wind makes the tree crowns bristle like musical instruments or the birds’ voices, as they leave towards wormer lands, wish goodbye to their nests hidden into those same crowns. This mix of sensorial benefits explains the not just aesthetic, but also therapeutic attention paid to fall foliage. Avoiding the chaotic noises, the smog and the greyness of cities is a growing psycho-physical need, which finds this way a fascinating and positive solution. Whether by trekking or biking on mountain tracks, or just walking in the city parks, moving inside such a frame is an incitement to keep moving even after the warm season is over.

Fall foliage can be enjoyed independently from personal situations. As we showed, no matter which area of the region one chooses, there will always be a nearby place where nature cast this lovely spell of its. A family can therefore spend a free afternoon in the middle of colours which will please both the children and their parents, the latter having not to worry about trips on too long and hard routes.

The colours of foliage are also inevitably a source of romanticism: walking hand in hand surrounded by the bright red of leaves and holding each other tight to fight the cold wind is certainly more rewarding than a tour in any shopping centre. But even those who walk alone, accompanied by a camera or even by their thoughts only, shall come out of his promenade with the changing shades of this triumph of colours in their eyes and in their hearts. And they shall remember the words of Lauren DeStefano, who calls Autumn:

The time when everything bursts with its last beauty, as if nature had been saving up all year for the grand finale. 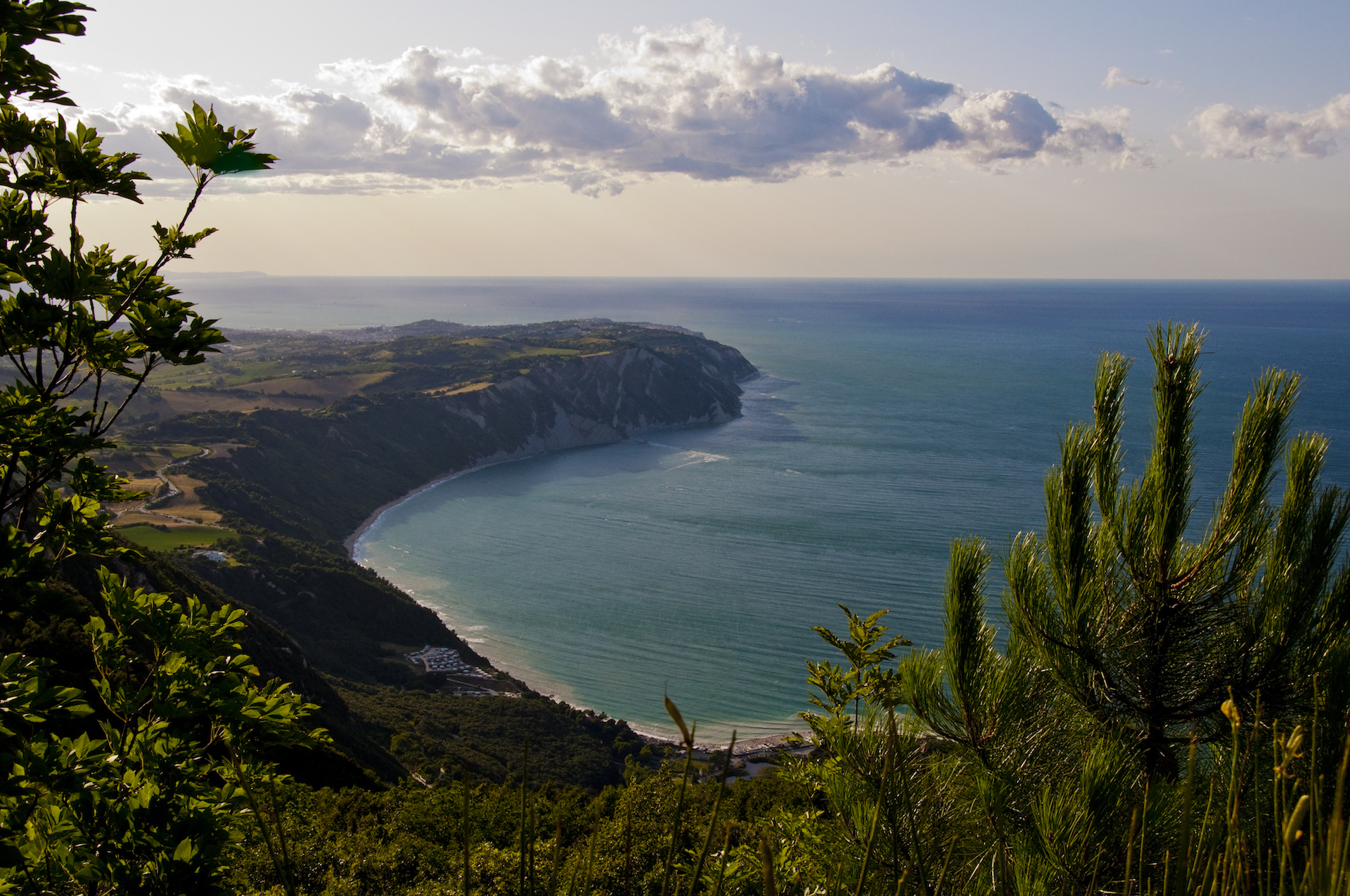